Posted on October 1, 2019 by Angela Atkinson

The Mechanics’ Institution Trust has been fortunate in securing two grants from the Theatre’s Trust and the Architectural Heritage Fund to commission a new Viability Study for the Mechanics Institute.

Working with the Heritage Action Zone, Swindon Borough Council and Historic England, we have commissioned the specialist consultants Fourth Street to undertake this study, which will be finished by the end of the year.

We have arranged for an open public consultation to be held in the Central community Centre on Monday 14th October at 6.00 pm , when the Consultants will explain their work and seek your views.

Please come along on Monday 14th October at 6.00pm for the Mechanics’ Institution public consultation and contribute to the future of the Mechanics’. 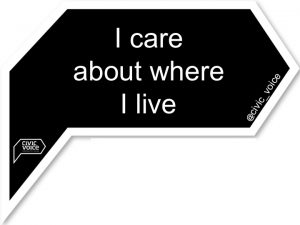 Built as a social and community centre for Swindon’s Victorian railway workers, it is hoped that this building can once again serve the local community as a cultural hub.

Built in the Tudor Gothic style, the Mechanics’ Institute is a grand, Grade II* listed building, and a fine example of its kind. It was built as a social and community centre for staff of the Great Western Railway, providing them with facilities they would otherwise have had little access to. It opened in 1855 with a library, coffee room and reading room. In 1930 the centre of the building was badly damaged by fire and the first floor hall was rebuilt as a theatre, with an enlarged stage. It was a pretty theatre with an elaborate proscenium and (unusually for its kind) a fly tower. It is located at the heart of the Railway Village, the community it once served.

We were delighted to support the theatre with a grant as part of our Theatres at Risk Capacity Building Programme.