Posted on November 1, 2019 by Angela Atkinson

Our Alan Gaunt, trustee of Swindon Civic Voice, has been busy with his keyboard again. In a recent post we shared news of Alan’s book: A Good Man and a Brave Man:

A Good Man and a Brave Man

In this post though we’re sharing an article Alan has written for the South Cerney Trust. In  Ron Spencer – Cerney’s Hero Policeman, he recounts the tale of a crime that almost lost a local Bobby his life. Below is an extract – follow the link above to read the entire thing:

‘Police Constable Ron Spencer arrived in South Cerney in July 1958. He went to live, with his wife and two small children, in the police house with its attached office in Station Road, close to the Village Cross.

Almost three years later, on 16th March 1961, he was required to visit a house in Down Ampney seeking information relating to the unexplained death of the occupier’s wife in Cirencester Memorial Hospital the previous evening. He called at the property twice during the day but was informed that the occupier was out.

At 6pm he left the Cirencester Police Station in a police van driven by PC David Smeeton in a final attempt to speak to the man. Diverting from their route the two officers stopped at South Cerney Police Station where they learned of an emergency call from the Down Ampney Post Office concerning a shooting incident at the house they were due to visit. Returning to the van, Ron and David drove quickly to Down Ampney … 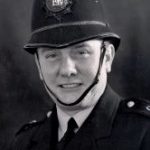 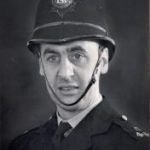 Arriving at Down Ampney Post Office, they found the son of the occupier saying that his father, Jan Piechowicz, had just shot two people – Mr Jan Biernat and Mrs Rozalia Jandy. Telling the boy to remain where he was, the constables went directly to the house. Ron was leading the way as they approached the front door which opened in response to his knocking, and a hand appeared holding a pistol ….’