Getting involved with Swindon Civic Voice 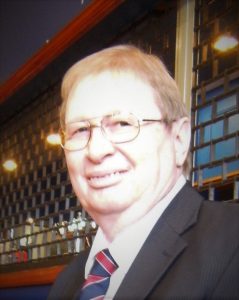 I must start this item with a confession. Despite having worked in Swindon since 1969 and lived here since 1984, I’d never heard of Swindon Civic Voice. Or, at least, it had never imposed on my consciousness before the summer of 2018.

That year I saw an announcement for Swindon Civic Day 2018. The programme included a tour of the Milton Road Health Hydro together with the unveiling of a Blue Plaque marking the Hydro’s key role in the founding of the NHS. The day also included displays in the Central Community Centre and a tour of the Railway Village.

Having always had an interest in history, this event had huge appeal. The tour of the Health Hydro was fascinating, the architecture and design was superb. And the possibility that some company could even consider converting part of the building to flats horrified me.

Equally fascinating that day was the Railway village tour under the expert guidance of Royston Cartwright. Both events left me feeling that I had to do ‘something’ to help.

The then Chair of Swindon Civic Voice, John Stooke, next handed me a leaflet explaining all about the organisation and urged me to join. I realised then that I’d found what I was looking for – a non-political body dedicated to making the town better and which had a membership fee of a mere £6 per year. Who could say ‘no’ to joining up?

Speaking for myself, I’ve always thought that membership of an organisation carries with it certain responsibilities. One of which being to attend at least some of that organisation’s meetings. Thus, on the 1stNovember that I found myself with a (too) small group of people in the Milton Road Health Hydro attending the 2018 Swindon Civic Voice Annual General Meeting.

My previous work for the Government’s Valuation Office together with various roles that I had undertaken in the Civil Service Trade Union Movement and school governing bodies gave me a firm background in the application of certain laws and the interpretation of rules for voluntary organisations. I could see, at this meeting, that this was an area where I could be useful. And so offered my services.

An Invitation to Join and Get Involved with Swindon Civic Voice

As a result, the new chair of SCV, Angela Atkinson, invited me to join the board of trustees. I thereby secured a notable double header: recruited into Civic Voice by one Chair and recruited to the Board of Trustees by the next.

My role in examining and working on constitutional, procedural and other such matters began I know many find such things too tiresome, but they appeal to a geek like me! This has allowed the other Trustees to focus on the core activities of Swindon Civic Voice. The organisation has accomplished much of late – but there’s much more to do. And if you can help speak now.

Read here about becoming a member of Swindon Civic Voice.

We had the remarkable success last year in helping the Railway Village to win the award of being ‘The Nation’s Favourite Conservation Area’. In this we beat supposedly more popular places such as Lichfield and Port Sunlight – a particular highlight.

This, in turn, helped the Borough Council to get funding from Historic England to designate the whole of the area around the railway village as a ‘Heritage Action Zone’. A scheme which includes plans to restore the Mechanics’ Institute. It’s possible this is our last chance to save this important and historic building.

Finally, we have our own ‘Project 2020’, preparations for which are now underway.

With various developments in the pipeline, there are exciting times ahead for Swindon. So if, like me, you care about the town where you live, you could do no better than become a member of Swindon Civic Voice.